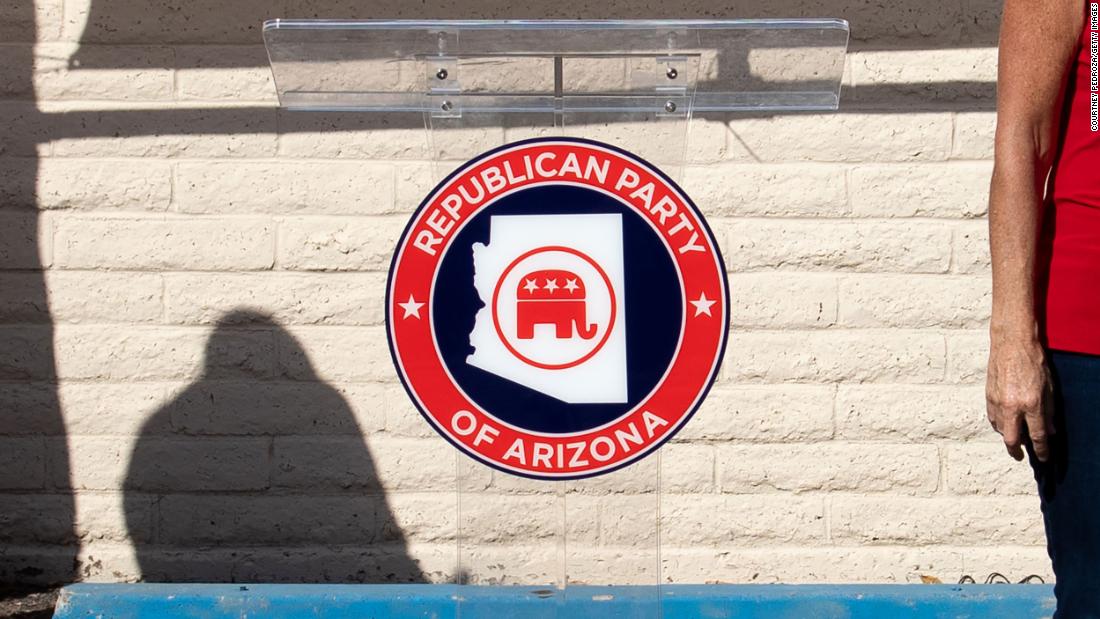 A pair of tweets by the Arizona Republican Party asking supporters if they are willing to sacrifice their lives to challenge the official presidential election results do not violate Twitter’s rules, a company spokesperson told CNN Tuesday.

In the early morning hours of Dec. 8, the Twitter account @AZGOP quote-tweeted an activist associated with the so-called #StoptheSteal movement, which is devoted to opposing the election outcome — despite statements by many election officials that the 2020 election was among the most secure in history.

“I am willing to give my life for this fight,” tweeted Ali Alexander, an organizer of the movement.

Arizona Republicans then followed up by quoting Alexander’s tweet.

“He is. Are you?” @AZGOP tweeted. The account then shared, in a now-deleted tweet, a quote and video clip from the 2008 film “Rambo IV:” “Live for nothing, or die for something.”

Zachery Henry, a spokesperson for the Arizona GOP, didn’t immediately respond to a request for comment.

The tweets by the Arizona Republican Party sparked immediate horror from some critics.

“You’re asking people to die for this conspiracy theory? What in the living hell is wrong with you people?” tweeted Arizona state senator Martín Quezada.

Some Twitter users who replied to the @AZGOP tweets claimed to have reported the account to the FBI and to Arizona Attorney General Mark Brnovich for incitement to violence.

But others appeared to take the account’s suggestion as a serious proposal.

“I agree. This is the hill to die on,” one respondent said. “IM WILLING TO GIVE MY LIFE,” wrote another.

According to Twitter’s policies, glorification of violence is prohibited on the platform, as well as specific threats of violence and wishing death on an individual or group of people. Twitter’s rules also prohibit the promotion of violent extremism and suicide.

“This includes celebrating any violent act in a manner that may inspire others to replicate it or any violence where people were targeted because of their membership in a protected group,” the policies say.

Asked about @AZGOP’s specific tweets, however, Twitter confirmed to CNN that the tweets are not in violation of the rules. The company spokesperson did not elaborate on the company’s reasoning.

Key coronavirus model projects more than 618,000 Covid deaths in the US by August