Fact checking Trump’s month of shifting, consistently baseless claims for why he lost the election 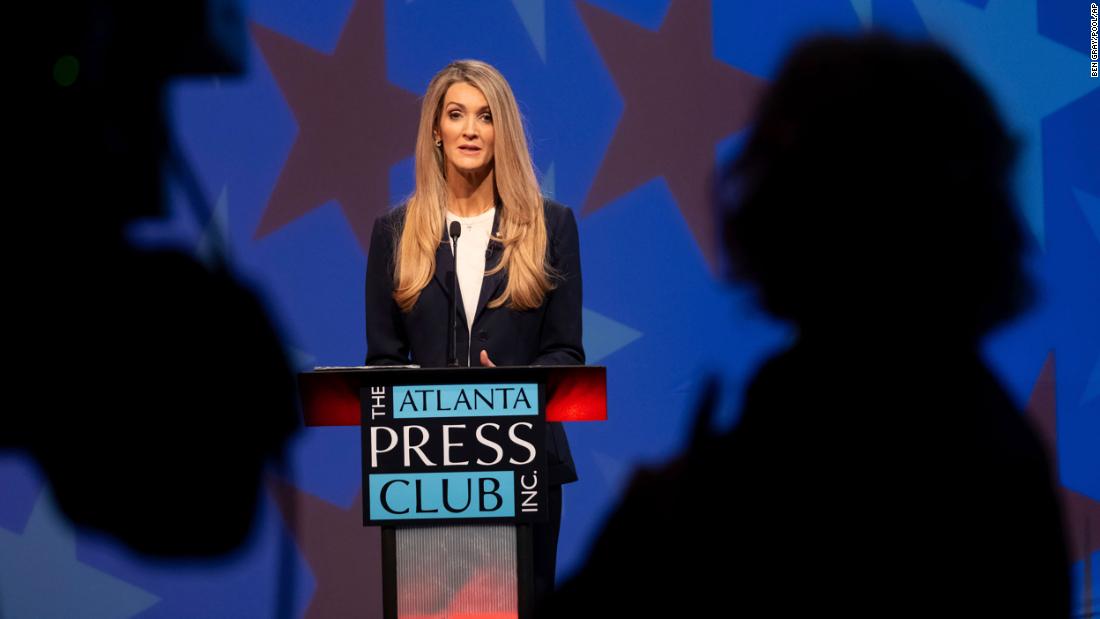 Following Sunday’s Georgia Senate run-off debate, some social media users falsely claimed that Republican Sen. Kelly Loeffler was wearing an earpiece, implying that she may have been fed answers.

It’s a truly unoriginal conspiracy theory. The same baseless claim was lobbed at President-elect Joe Biden during his first debate with President Donald Trump and has circulated about different elections, even those before the social media age.

Peddlers of the conspiracy theory pointed to a lock of Loeffler’s hair on Sunday night to claim it was a wire.

The Atlanta Press Club, which hosted the debate, responded to the online claims Monday morning, tweeting that the candidates “had no audio assistance from their campaigns.”

Some of the accounts that pushed the nonsense racked up thousands of retweets overnight and at least one online outlet uncritically echoed the conspiracy theory in a headline. But there is a stark difference between who is pushing this baseless allegation compared to the similar claims made about Biden.

The Trump campaign peddled the idea that Biden would wear an earpiece prior to the first presidential debate as did Trump-friendly media outlets like Fox News. One video on Twitter promoting the conspiracy theory after the debate had 4 million views alone.

While the conspiracy theory about Loeffler’s hair is circulating among some social media users, it is not a Democratic Party talking point, and it is not being pushed and embraced by influential Democrats in Georgia or around the country.

But it does demonstrate how misinformation is not an entirely partisan affair, even though a barrage of baseless and false claims since the election have disproportionately come from the right. People on the left can be duped or eagerly embrace misinformation if it fits their biases.

Stephen Lawson, Loeffler’s deputy campaign manager, responded on Twitter to one person who pushed the conspiracy on Sunday night. “You’re literally too dumb to insult,” he said. Loeffler’s campaign declined to comment to CNN.

On the debate stage Loeffler refused to disavow a different baseless conspiracy theory pushed by President Trump that he didn’t lose the election in Georgia. “The President has the right to pursue every legal recourse to make sure that this was a free and fair election in Georgia,” she said.

The false claim that Trump didn’t lose Georgia has gotten a great deal of traction as it’s been propped up by a huge eco-system of hyperpartisan online outlets and TV networks with little regard for the truth. But it could backfire, some Republicans fear, as Georgia voters who believe the presidential election was rigged may not turn out to vote for Loeffler and Sen. David Perdue in the Georgia Senate runoff in January.

The vaccine as fire hose

The scene outside a FedEx facility

Covid-19 Live Updates: Pfizer and Others Plan for Vaccine Boosters

Here’s what you need to know: